#startups, Be The Contrarian 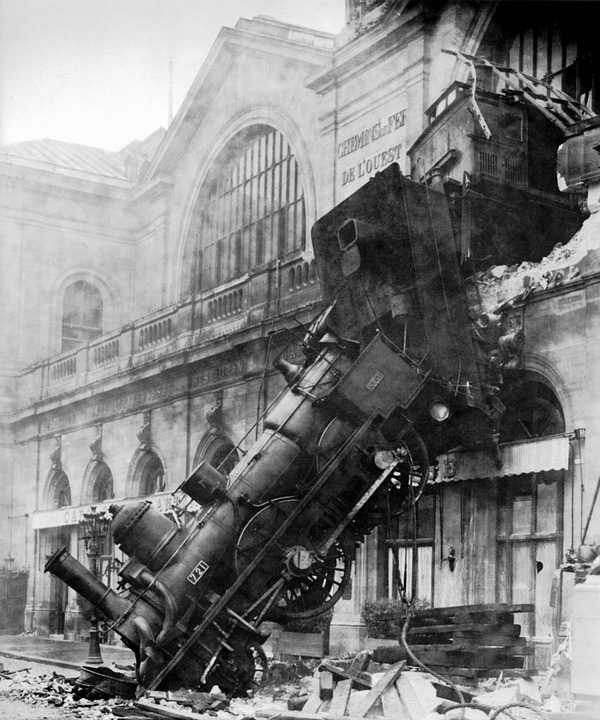 Over the last couple years in my blogs I have often written about the trend. I have a favorite saying.

If you are chasing a train that has already left the station, you may as well quit now!

Well, actually, you don’t have to quit. You just need to be honest with yourself and state “I am not going to create the next Facebook!” That is not a remote possibility, so quit now. Failing at that is no big deal. It is logical.

But that does not mean you need to quit in general. It just means you need to make sure your startup does something substantial, enough to either serve a new type of market or do something different or completely not Facebook! Come on, Facebook (that is what you aspire to recreate). I personally hate Facebook!

The social network revolution is over for Social Networks V1, you could re-invent it, but trust me it won’t be social networking. It will something completely different with a new name. But like the train coming down the tracks, you will most likely will never know what this is, till it is here. Most of us are too old and too out of sync with young people to reinvent Facebook. So, you are in fact kind of screwed if you are thinking you will figure out the next greatest thing, because the odds of that are pretty much impossible.

That said, you could take some drastic actions and do something contrarian… That means going in the opposite direction than everybody else. You see everybody else is trying to be the next Facebook, but honestly you are probably better off creating a juice bar (because quite frankly that is the trend that is passing you by right now). The trends that are coming are not exactly understandable. You can grasp at straws. Maybe you should go to a fortune teller. But most likely just look at yourself in the mirror and find something that pisses you off! Fix that!

I keep mentioning Facebook, because if you are trying to conquer the personal social space (the way Facebook has), it is a pipe dream. That train has already left the station. So, just move on and look where no one else is looking. Go to the place that everybody tells you not to go. When gold was falling and not popular recently it was time to buy. When Detroit became out of favor, well, just to let you know, contrarians have been there refurbishing properties and working a world that nobody cares about. That will be a success one day.

So written trends in magazines may say X, but you should do Y!

To be the contrarian and think like this will open doors up to finding new ideas to compete effectively as a startup. Go against the grain, and do the opposite. I am feeling more and more that internet software, Saas and other tech stuff is too popular and too overly done. But Internet of Things has a lot of possibilities. Internet of Things are stuff that is internet connected, like hardware and things like that. If you want to be a startup start thinking differently, not like everybody else.

I personally think that we all need to startup tech companies to break the entire healthcare system. It may seem impossible. Many, many, many have failed, but I am seeing ways to do some things nobody is doing and doing it cheaper and faster and better. And it does not require doing what the money has tried already. If you want to know what I am thinking then get on my email list on StartupPOP. Or email me at [email protected] and discuss this with me if you don’t want to add to the public forum comments below. I’d love to have some seed capital to BREAK OPEN THE HEALTHCARE SYSTEM. See, I am frustrated and I am ready to go to battle. For god’s sake it’s our health and right now the health system we have, it just plain sucks eggs!

Click this link. If you get on my list, I will send you a free PDF of my upcoming book, “Names”, about coming up with a name for your tech startup.

Once again, good luck and goodbye. If you are in south florida, we are running tech startup pitch event on July 27th in Boca Raton at Cendyn Spaces. Here is that link:

Welcome back to the Boca Raton Tech Startup Meetup Pitch Event! It has been a while since we have run a pitch event.  This event is at Cendyn Spaces in Boca Raton on Wednesday, July 27th, 2016 at 6pm.This event will have an update on the current state of recent Crowd Funding rules before the event starts. THANK YOU IN ADVANCE TO CENDYN SPACES F…

Check out this Meetup →